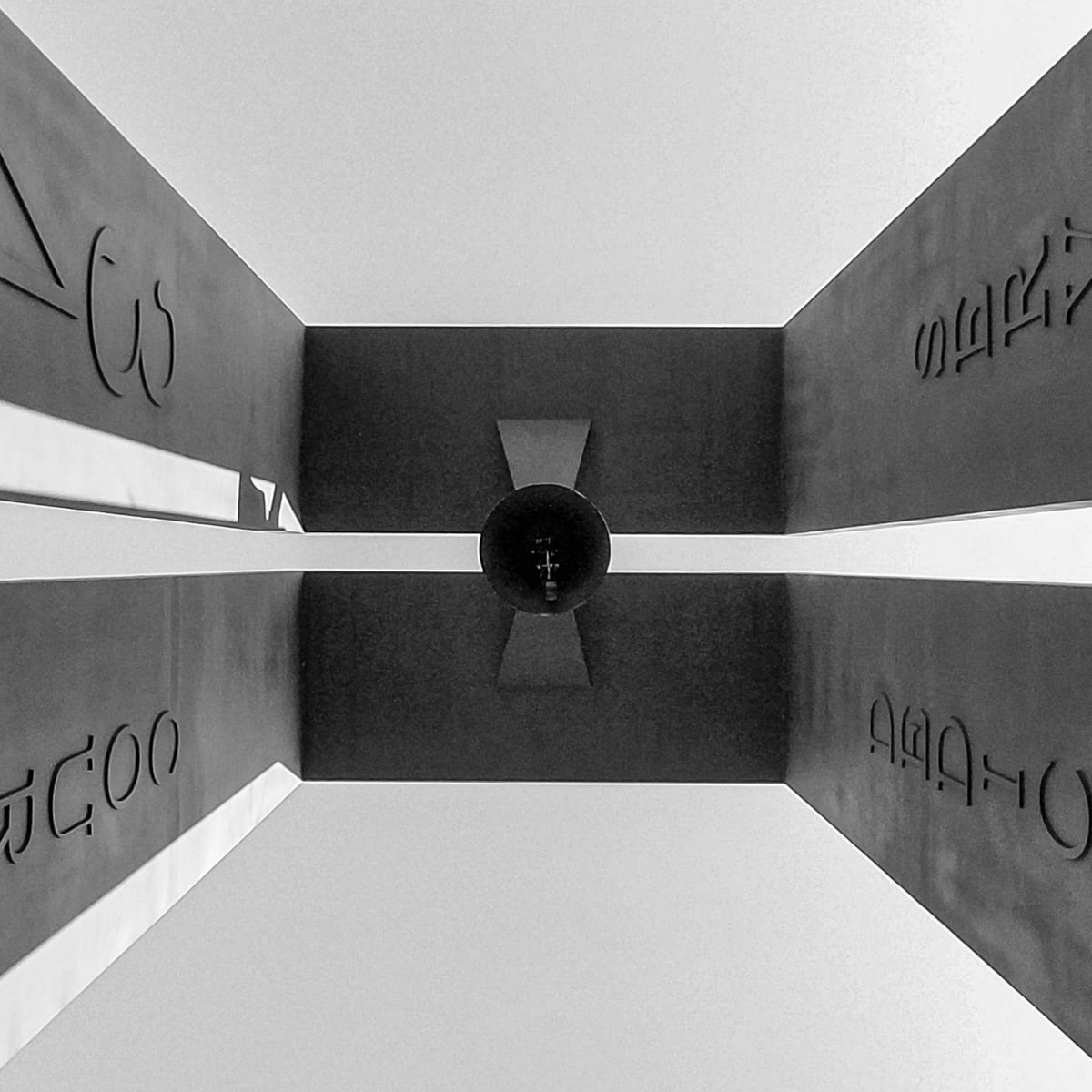 KAS collaborated with a local artist and the Denton Fire Department on a special home for World Trade Center artifacts and to honor the courageous 9/11 first responders.

To memorialize the events of 9/11 and the men and women who bravely assisted with recovery operations, the City of Denton commissioned local artist Millie Giles to create a bell tower. The tower—which alludes to the iconic twin skyscrapers—was constructed in front of the Denton Fire Department’s Firefighters’ Museum, housed in Denton’s Central Fire Station (a previous Kirkpatrick Architecture Studio project). The structure is constructed of Corten steel, which rusts naturally and gains character with age. The memorial structure’s base includes an I-beam salvaged from Ground Zero and donated to honor Denton firefighters who served as part of the Texas Task Force One. Visitors are encouraged to walk through the monument, where they will see the engraved text “Courage, Dedication, Service” and “343”—a solemn tribute to the 343 firefighters who gave their lives. At the top of the tower hangs a fire bell purchased by the City in 1884, which rang at three of Denton’s early fire stations. Today, the bell is controlled electronically and rings on special occasions. 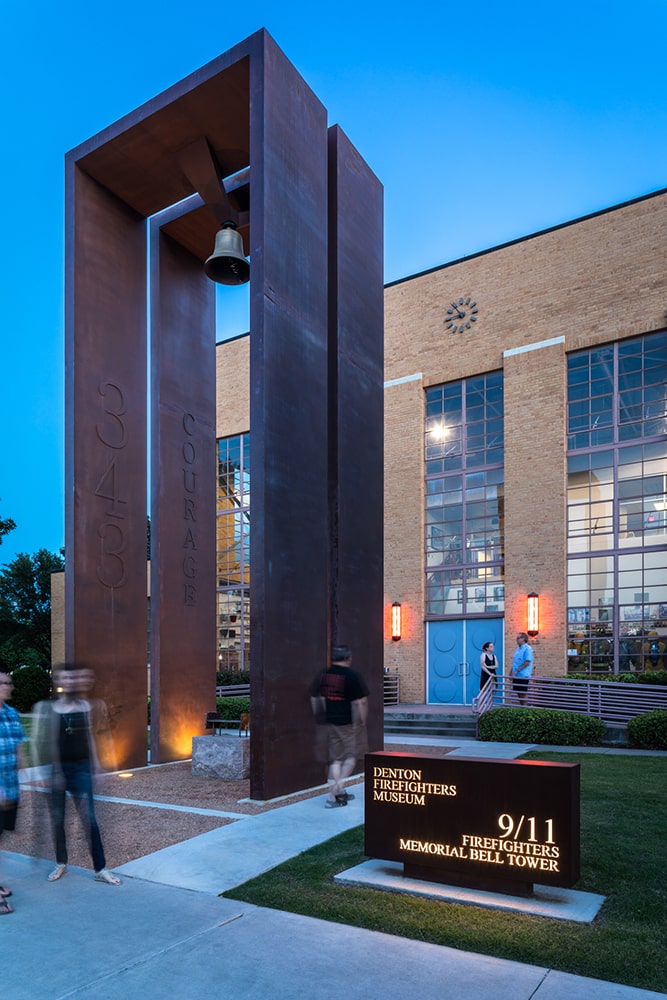 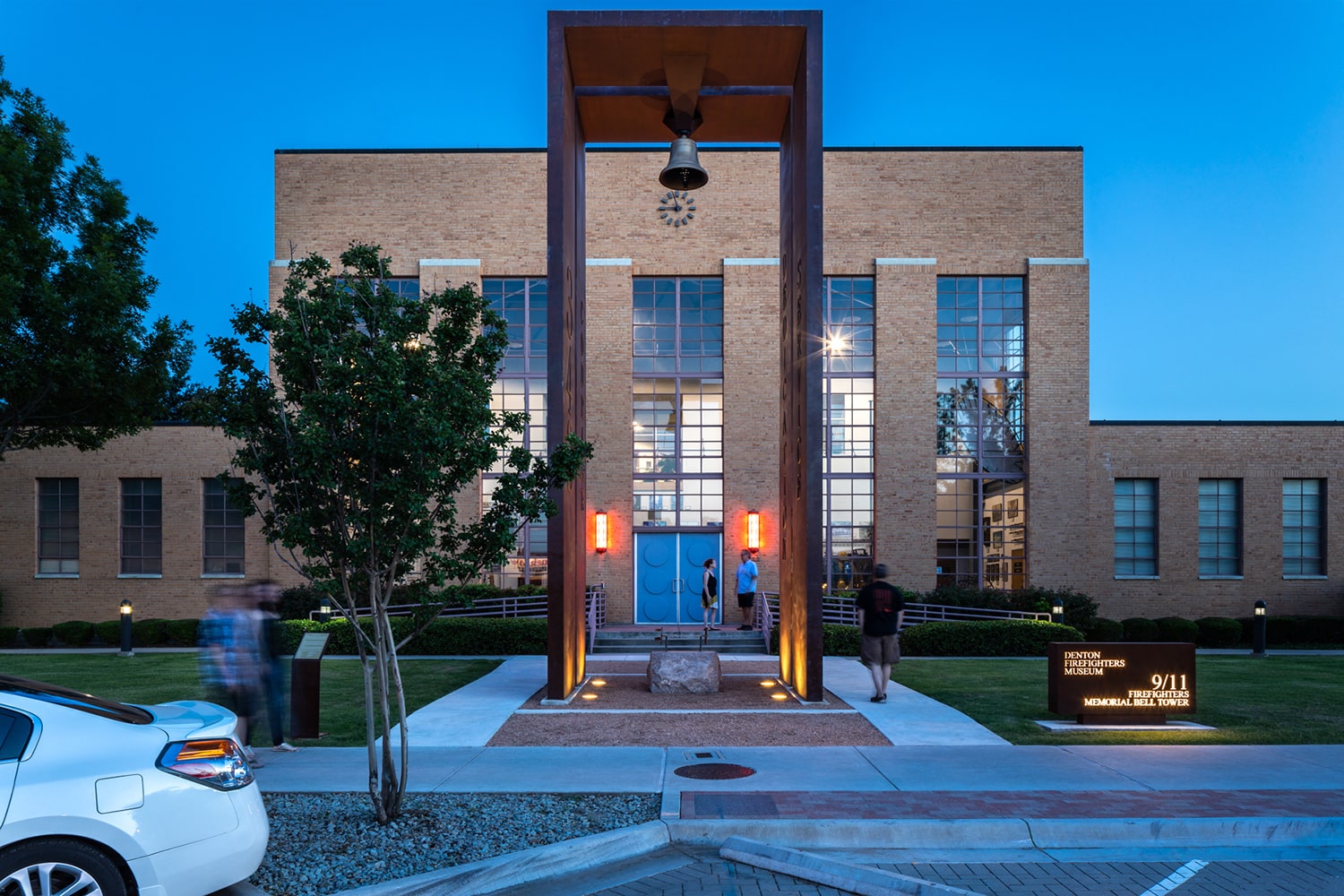 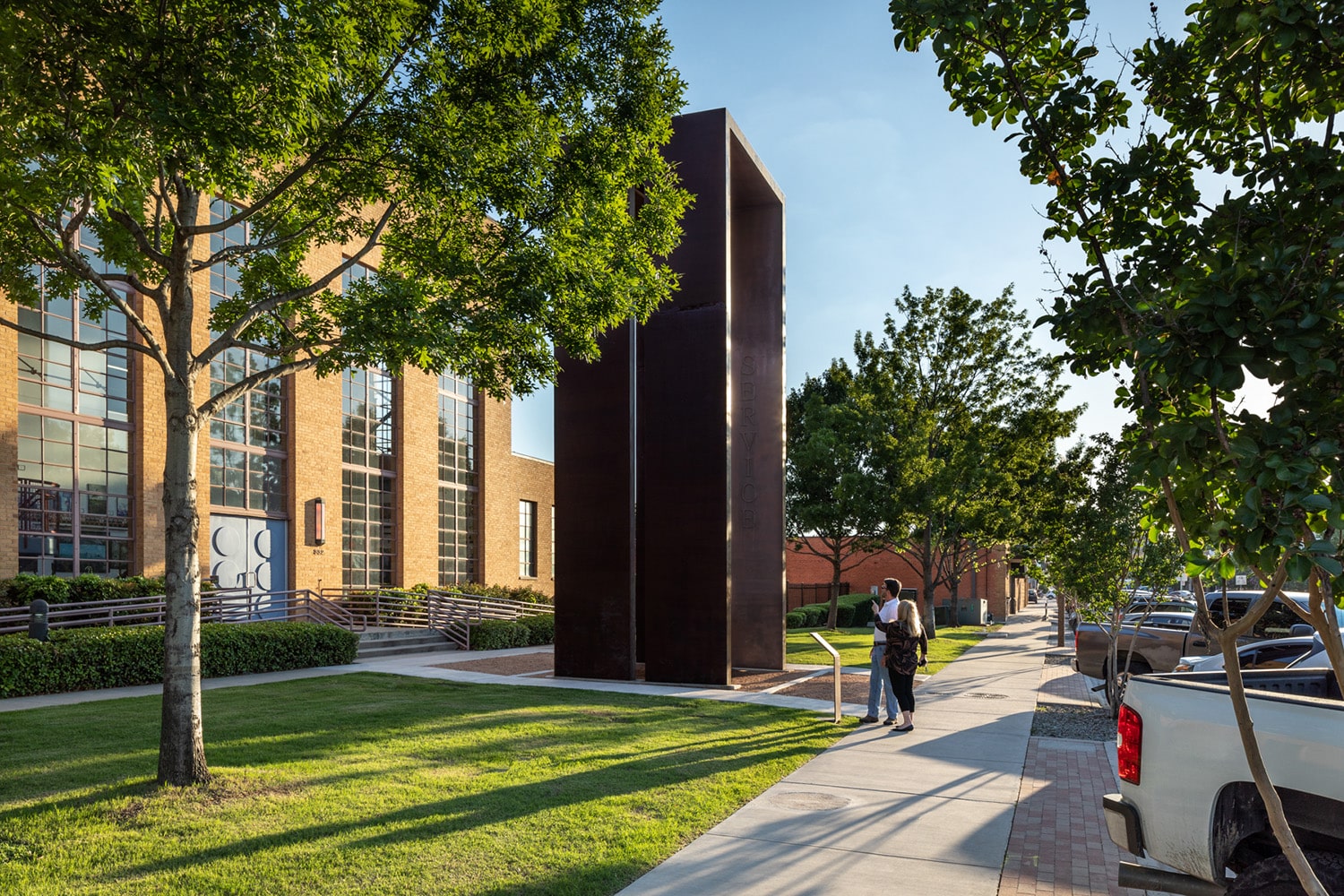 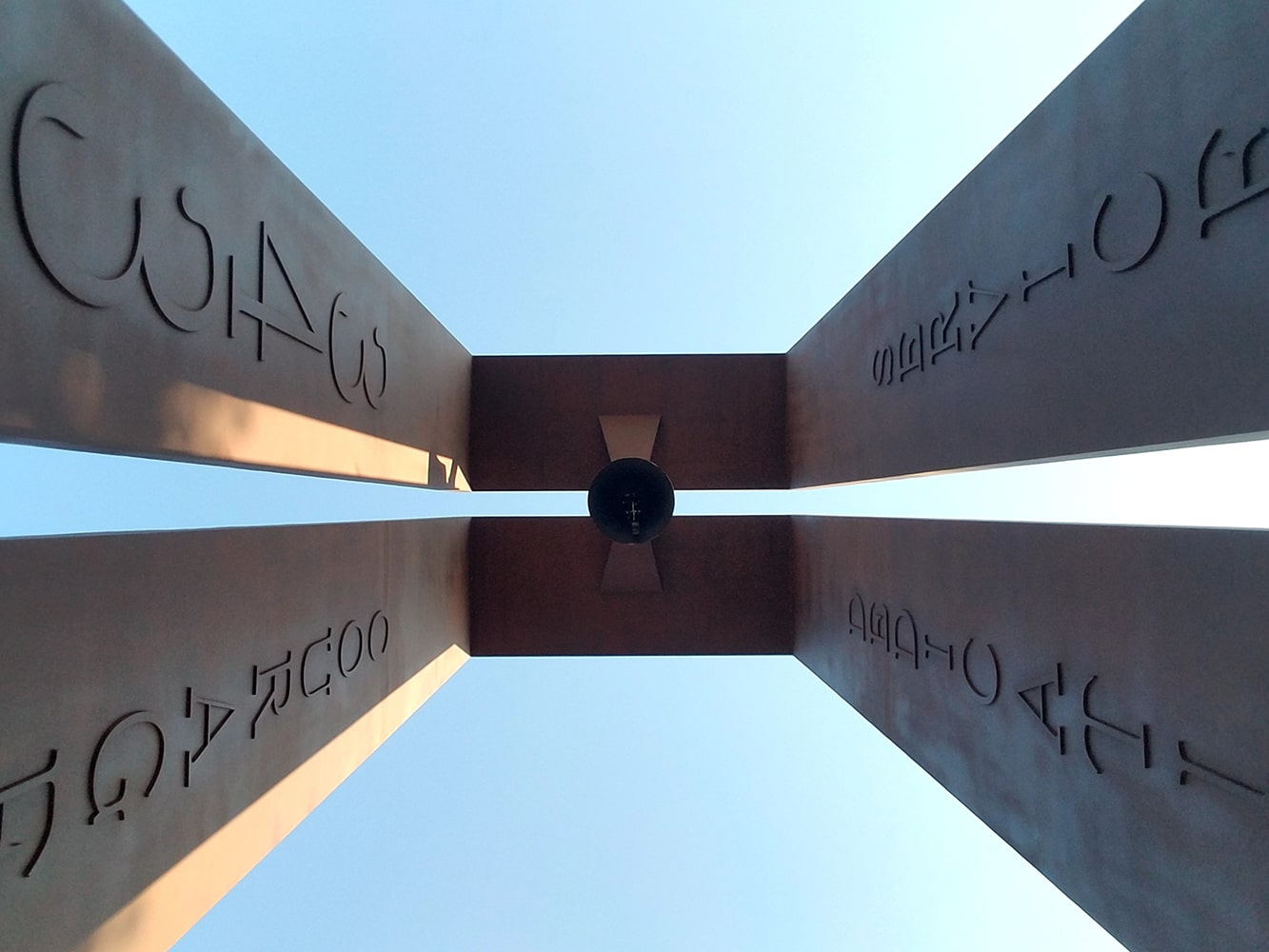 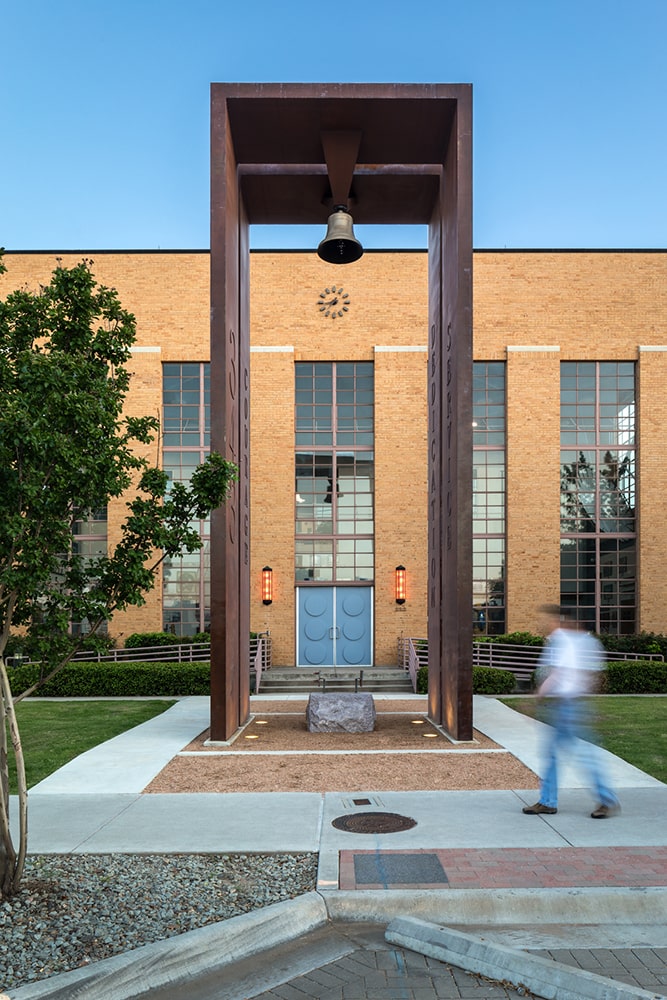