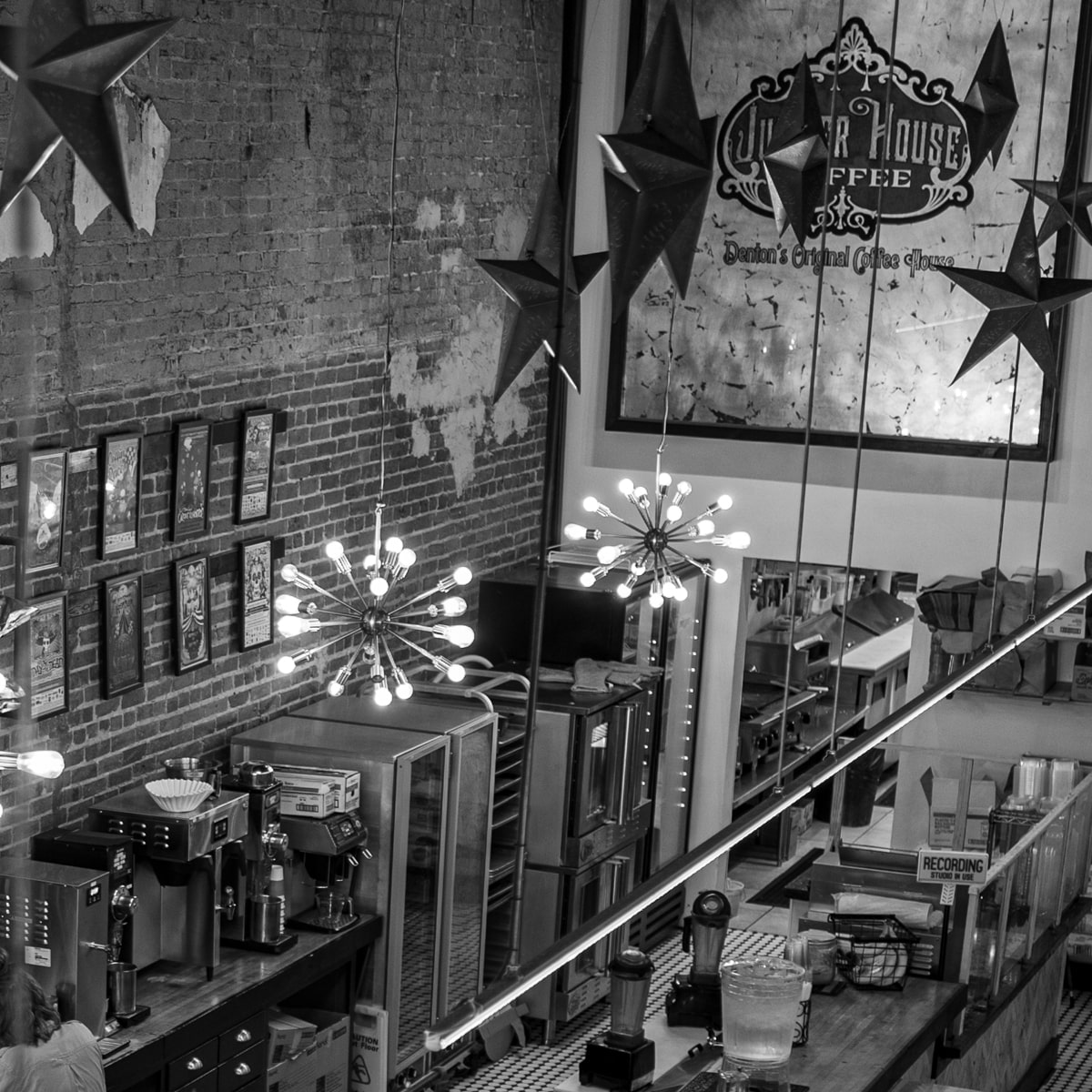 After a devastating fire, KAS thoughtfully restored and updated the coffee house’s interior without losing the identity and culture customers love.

When a fire destroyed a Downtown Square store, which shared a wall with Jupiter House in an 1890s building, Kirkpatrick Architecture Studio was brought in to help bring the damaged city staple back to life. First, KAS set about working with a structural engineer to reinforce the wall, making it more structurally sound. KAS then brought the older building up to current ADA compliance, creating accessibility for all with wider doorways, tile floors, and updated restrooms.

Jupiter House planned to expand its menu and accommodate more customers than before the fire, and a larger, updated kitchen was designed while maintaining the look and feel which has made Jupiter House a Denton favorite since 2007. Its familiar ambiance was enhanced by using the building’s innate aesthetics, such as leaving the brick walls exposed. Space for a new balcony with additional seating was created by removing the former drop-down ceiling all the way to the roof. The mechanical functions in the ceiling, now visible, were painted. Modern kitchen equipment and seating were installed, blending well with the standout architectural features. The team accomplished everything while working with the general contractor on an accelerated scheduled to reopen the beloved business as quickly as possible. 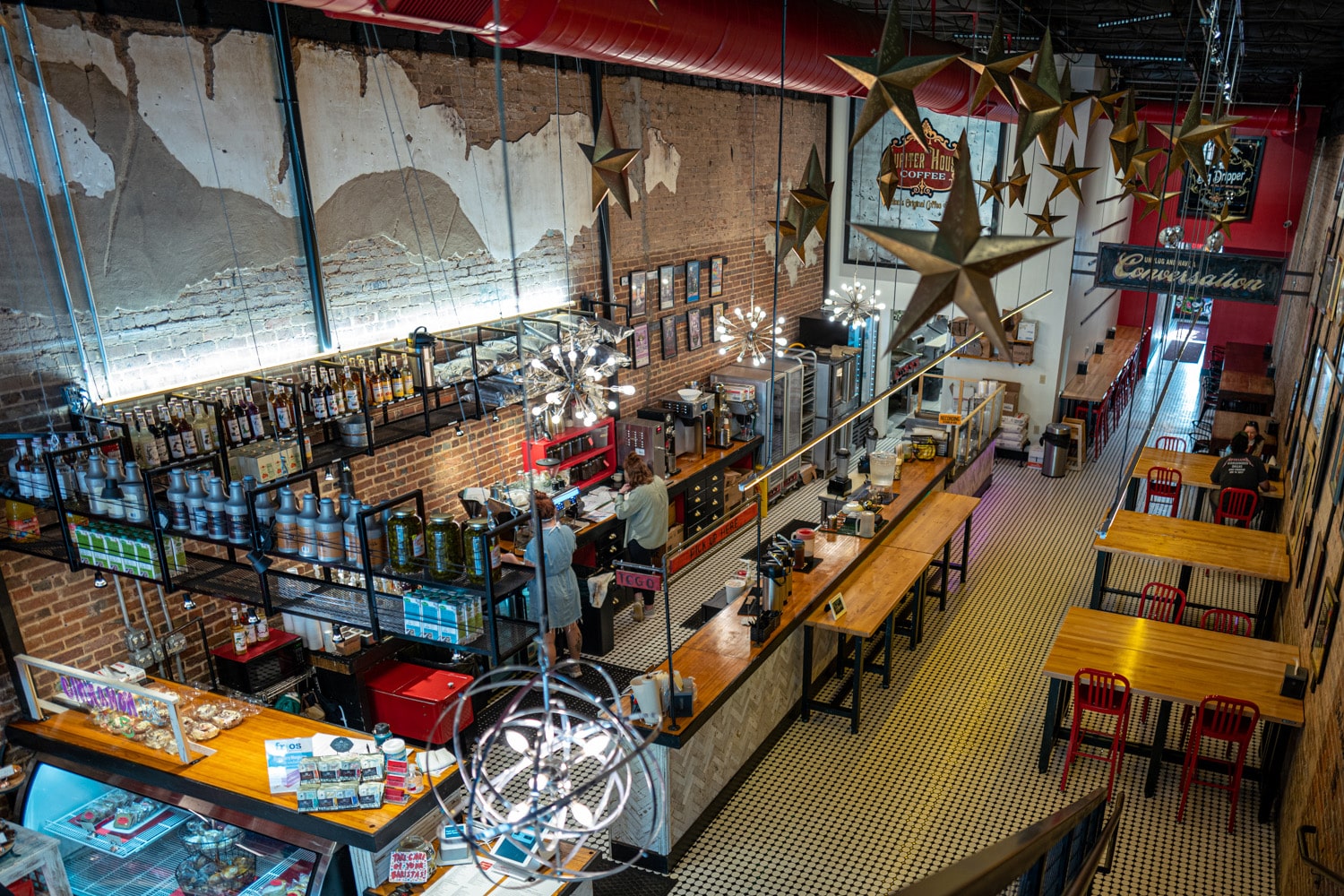 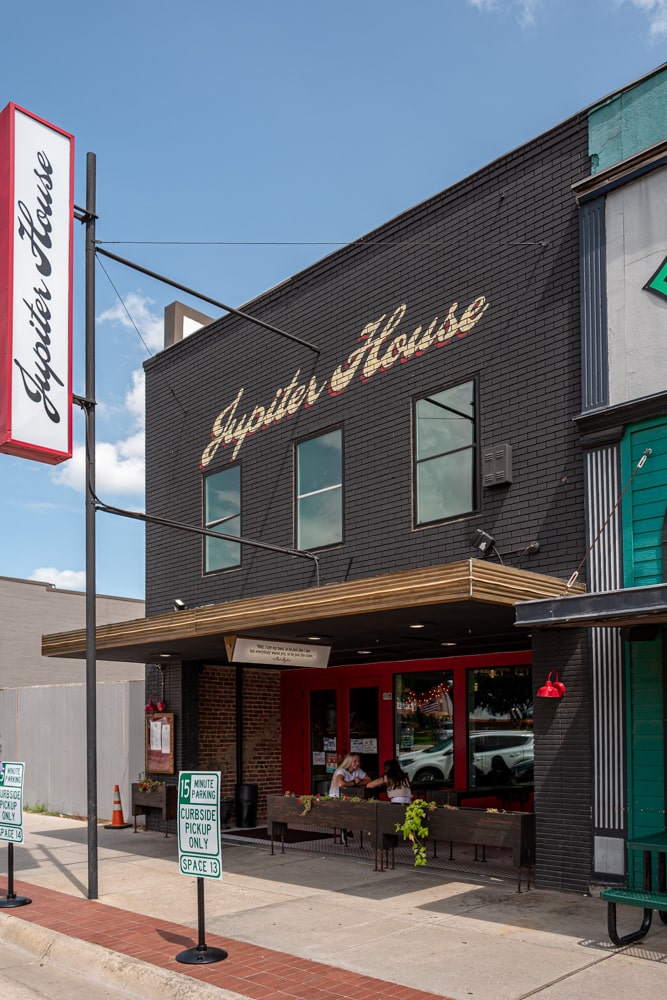