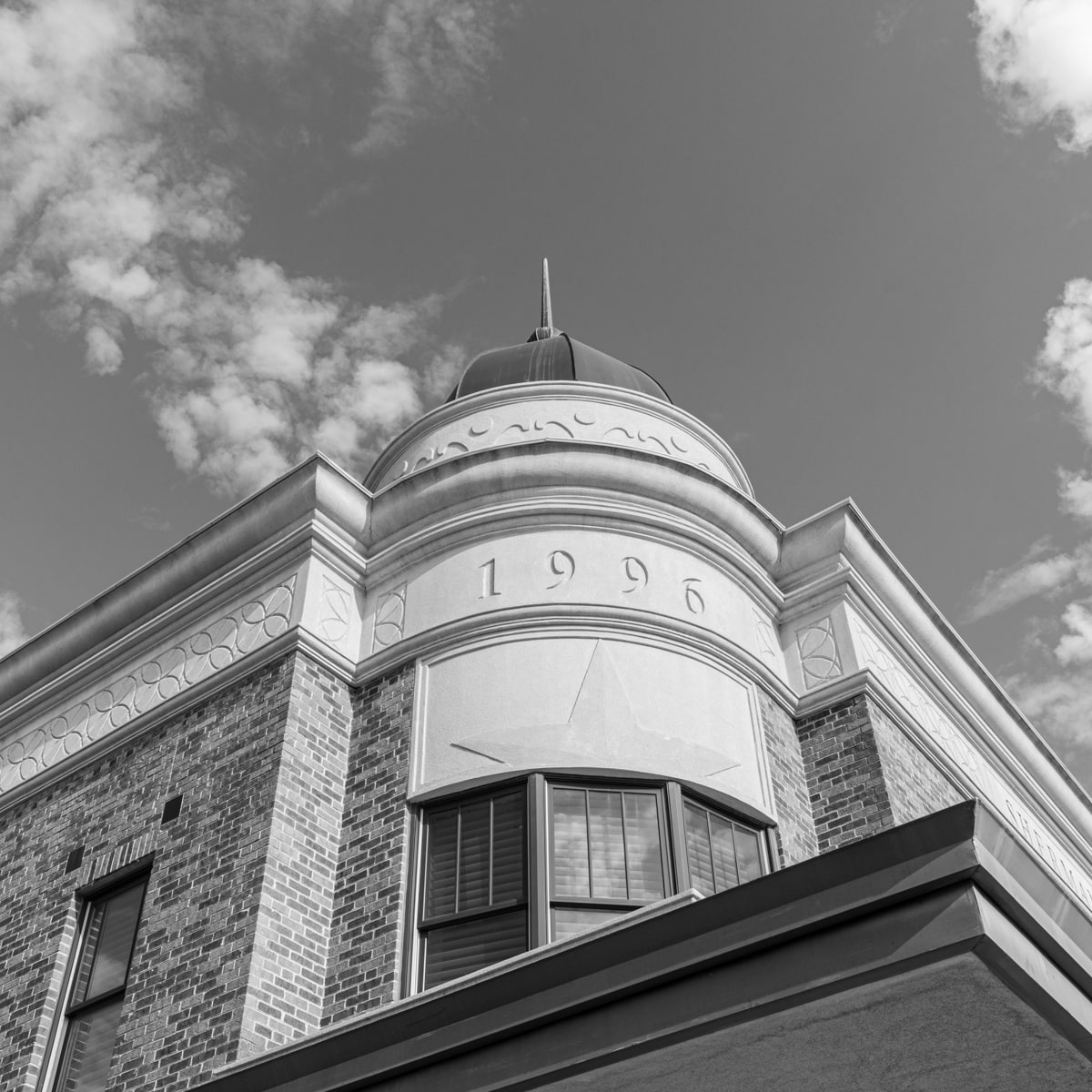 After a fire destroyed three adjoining structures at the corner of Hickory and Elm streets, on the historic downtown Denton Square, Kirkpatrick Architecture Studio designed a replacement to not only fit the space but maintain the integrity of the historical setting. The new design called for replacing two of the structures with one building and creating an outdoor garden and fountain in the third space. The first floor housed the Longhorn Gallery and the remaining area was office/retail – though it has since been converted to all office/retail space. The aesthetics of the building were in keeping with the original building traditions of the downtown area. Bricks were “tumbled” in a machine to wear off the edges, for an “aged” look. Masons used older methods of mortaring. A dome was crafted by a local artisan in his backyard. A covered porched reminds visitors of what the square once was, when stores had awnings and porches to protect shoppers from the elements. The purpose behind the design effort was to create a structure which could have been built a hundred years ago, or ten years ago. You have to take a close look to tell. 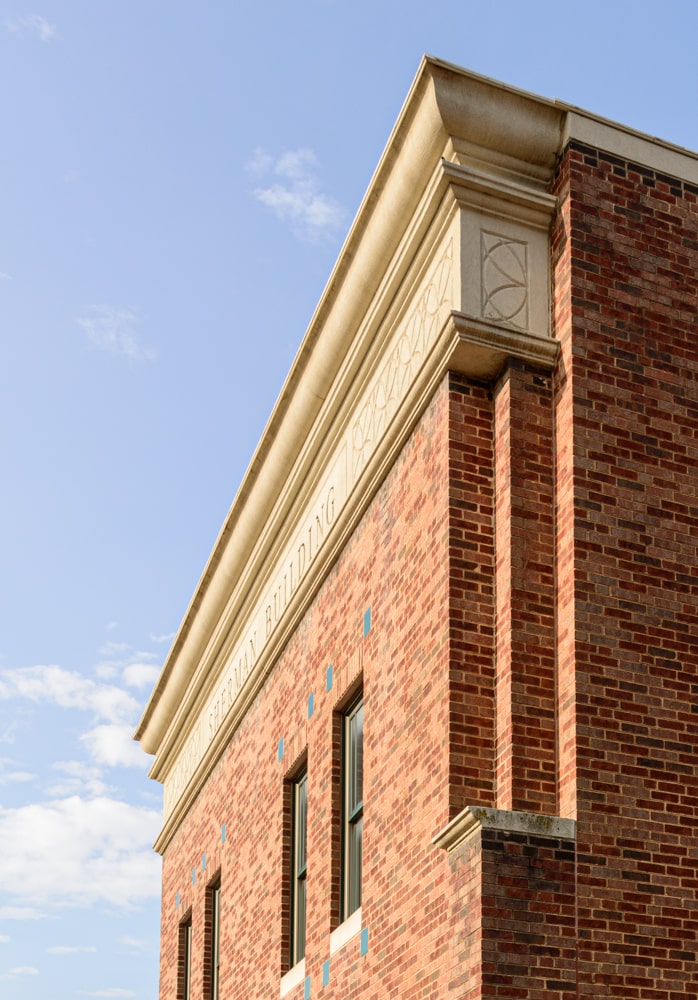 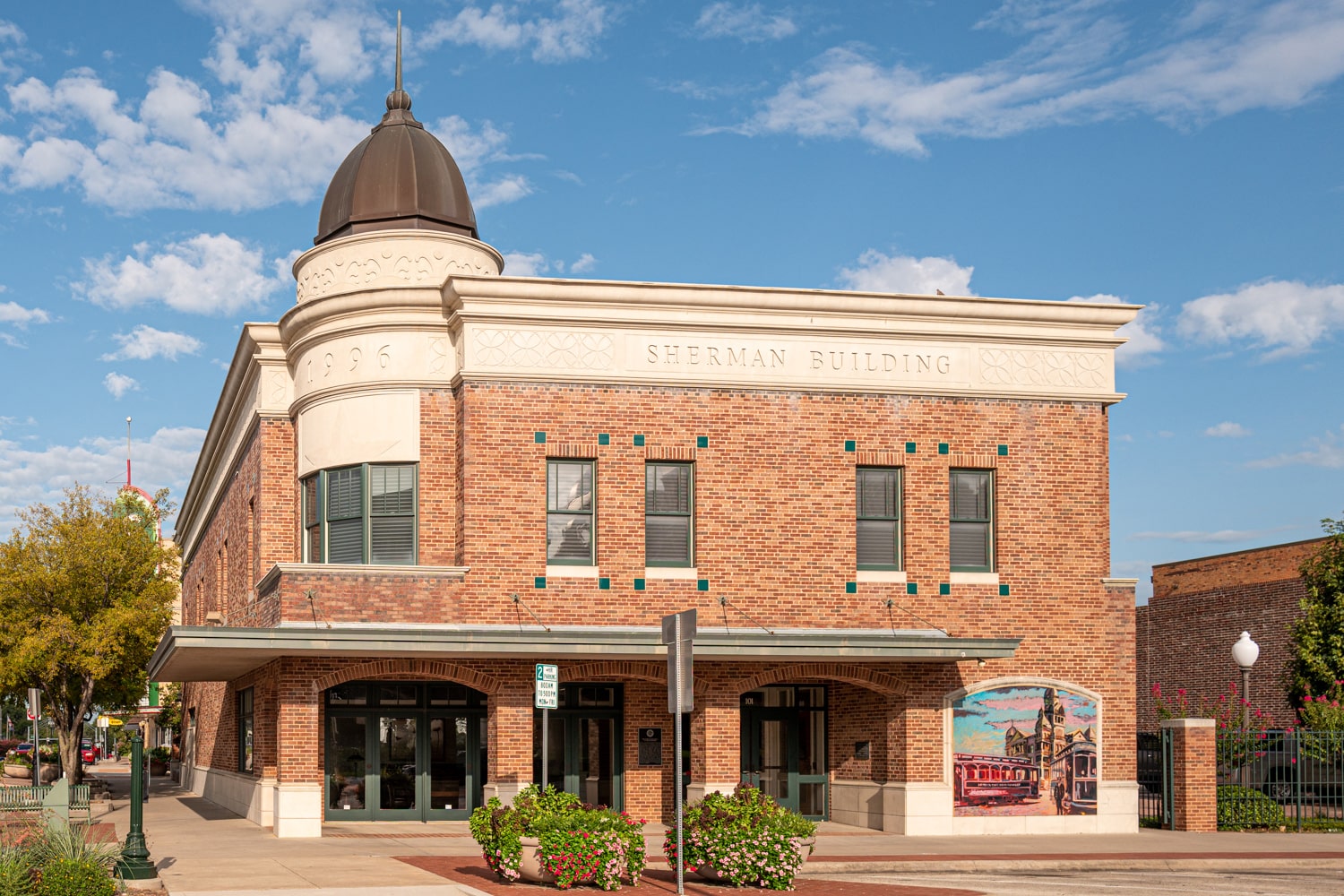